Warning: count(): Parameter must be an array or an object that implements Countable in /webroot/c/2/c2ski001/test/www/wp-includes/media.php on line 1204

Warning: count(): Parameter must be an array or an object that implements Countable in /webroot/c/2/c2ski001/test/www/wp-includes/media.php on line 1204


The c2skin philosophy is to provide naturally derived skincare solutions containing clinically proven premium quality ingredients to help you maintain your skin’s wellbeing. This is achieved through extensive research and development, collaboration with skincare specialists and the belief that you cannot compromise on the quality of the ingredients used in skincare.

Complex8 moisturisers by c2skin integrate the very best of science and nature without the use of unnecessary inexpensive fillers or known irritating chemicals.
To ensure the highest level of quality control, c2skin is committed to manufacturing its formulations here in Australia under strict guidelines, meeting both national and international certified manufacturing standards. The c2skin ethos embraces corporate transparency and as such each and every skincare ingredient is clearly listed.

Dermatologically tested and PET tested, even though these tests are not a requirement by law in Australia, you can be confident that c2skin moisturisers are suitable for sensitive skins and deliver safe long-term stability. 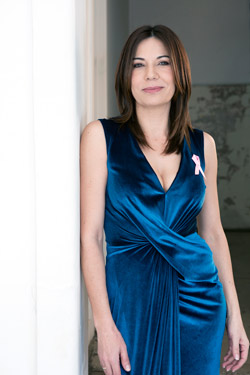 Christina Apostolou-Billington was born in Greece and raised in Melbourne. Her parents immigrated to Australia in 1969. Christina had a happy childhood growing up alongside three brothers.

Christina enjoyed attending university. She was elected student representative on both University Council and the Academic Board. She worked at BHP Steel and Telstra but found her niche at The Herald Sun Newspaper, working in the early general news advertising department. Her portfolio included the AFL, Melbourne Storm, Collingwood Football Club and the Melbourne Cricket Club. Christina’s commitment and dedication to customer service earned her a number of awards and trophies including the largest award attainable, the Advertising Account Executive of the Year trophy.

While at the Herald Sun, Christina volunteered her time on The Good Friday Appeal. She was also a volunteer on The Williamstown Hospital Fundraising Committee for a number of years and helped raise much needed funds to upgrade life saving equipment for the emergency department.

At the age of 40, Christina was diagnosed with breast cancer and began the life changing and complex journey of surgery, chemotherapy and radiation therapy.

“It was such a shock. There was no family history of breast cancer. My sister in law had also been diagnosed with breast cancer just one month earlier.”

She had to undergo six weeks of daily radiation therapy. At the initial consultation, I was told about the side-effects of the treatment. The radiation oncologist used the words “Similar to sunburn”.

“At the time of radiation therapy I wanted to use a naturally derived moisturiser on my skin. However, every moisturiser I selected from Health Food Stores was deemed inappropriate by the radiation therapy oncology nurse as they were oil based. By week 4, my skin was inflamed and painful to the touch. I describe my personal experience as having extreme sunburn and I also experienced breakage to the skin. I was told that other people suffered much worse side-effects with blistering, weeping and infection.”

During treatment Christina mentioned her frustrations to Christopher. That there was a lack of suitable naturally derived moisturisers to soothe and hydrate the skin whilst undergoing radiation therapy. At the time, Christopher was working for a world renowned plastic surgeon. He had extensive knowledge and experience with skin conditions, and understood why certain ingredients in skincare can further impact the skin barrier or accelerate skin sensitivity and long term damage whilst undergoing radiation therapy.

It was at this time c2skin and the Complex8 range was founded.

Christina is passionate about the Complex8 range. The research and development phase of the serum and spray formulations was extensive as was the study on its suitability for sensitive skin. Complex8 only contains premium ingredients sourced on a global scale and carefully selected for their properties and ability to soothe, hydrate and protect the skin. The serum and spray do not contain harsh chemicals or unnecessary fillers. They have been dermatologically tested and are suitable for the most sensitive of skins. c2skin is Australian made, owned and manufactured.

“It pleases me immensely to know that people now have the option of using a naturally derived moisturiser, specifically formulated to soothe, hydrate and protect the skin, over synthetic barrier creams.”

Christina’s other loves include her son Alan, her family and friends. She is a firm supporter of BCNA and Unicef. She has volunteered and contributed her time, personal information and DNA with her involvement in two breast cancer studies for Melbourne University and Monash University. She participates in the Mother’s Day Classic and Relay for Life, particularly since losing her much loved sister in law and friend, Helen Apostolou, in her brave battle against breast cancer in February 2013.

Christopher Apostolou holds numerous advanced certifications and qualifications in the fields of medical, aesthetic, and health sciences. Having over 20 years of clinical industry experience, he works regularly with Australia’s most prominent Plastic and Reconstructive Surgeons, as well as leading international skin care brands.

The top graduate of the Victoria University Health Sciences degree specialising in Dermal Science and Therapies, Christopher is a sought after clinician working with the Melbourne Institute of Plastic Surgery, Dr Bryan Mendelson’s Skin Clinic, and when he was residing in Paris, the research division of Thalgo International Skincare. More recently, his mentoring and education roles have been more local, working with the students of the Victoria University Dermal Therapies degree – of which he is a graduate. Collaborating with the students as a lecturer, mentor, and clinical supervisor has reinforced Christopher’s belief that only through education and values we can achieve advances in patient care.

Well known as a manufacturer of high-end laser and dermatology devices, Solta Medical International sought Christopher’s expertise in the Australian market. This led to a successful 5 year consulting partnership starting in 2007, during which, he was responsible for the clinical training and education of laser and tissue skin interaction, in addition to the practical application of their lasers and dermatological technologies.

Christopher is the co-founder of c2skin and his passion lies in merging cutting edge skin technologies with natural derivatives to benefit patients with compromised and traumatised skin.

It is through collaboration with his sister Christina that the basis of their company c2skin was founded. Christina underwent radiation treatment for breast cancer that left her skin traumatised, and with his specialist knowledge of topical skin care and wound healing, Christopher commenced the research and subsequent formulation of c2skin’s Complex8 Moisturising Serum and Moisturising Spray.